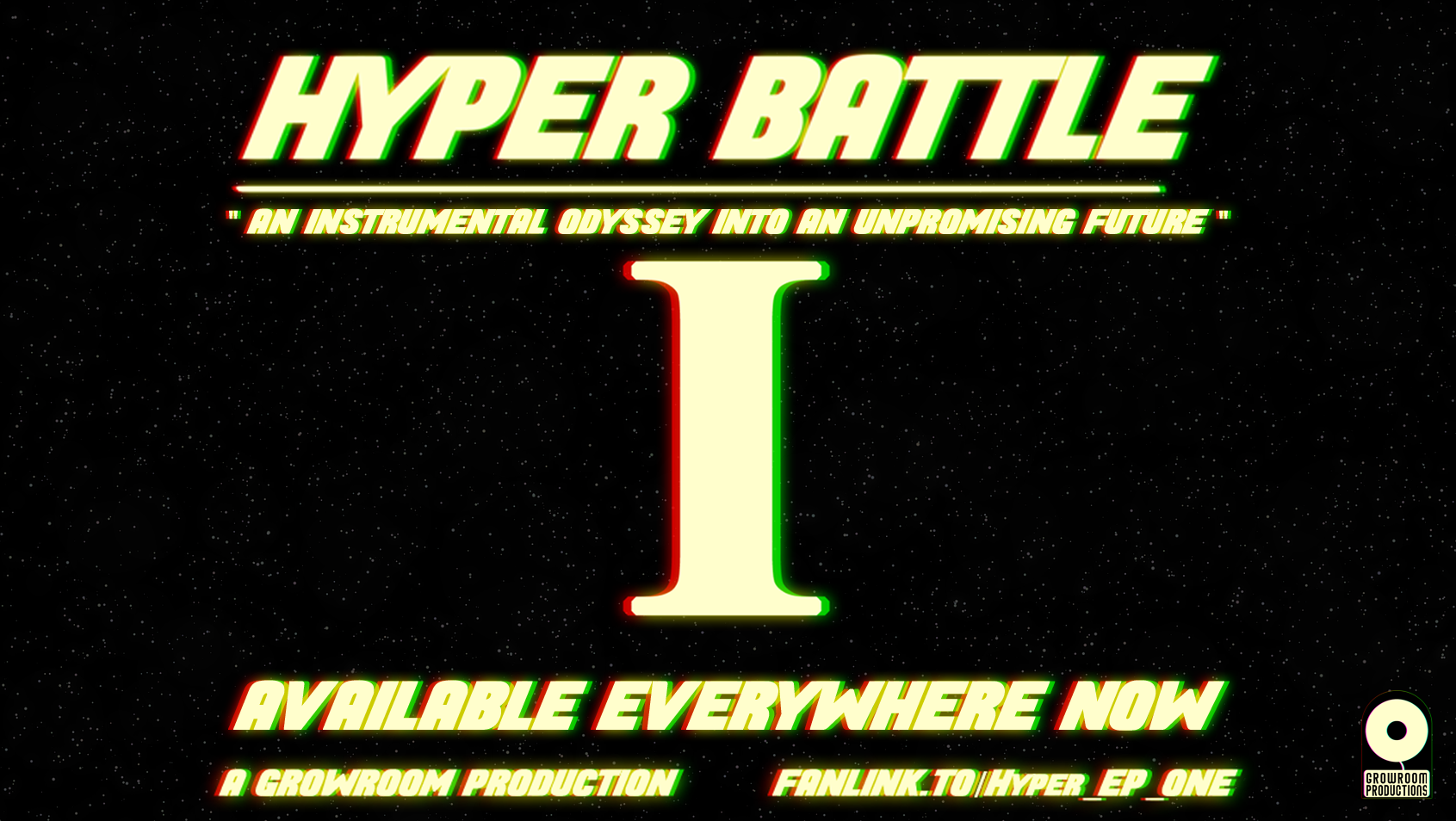 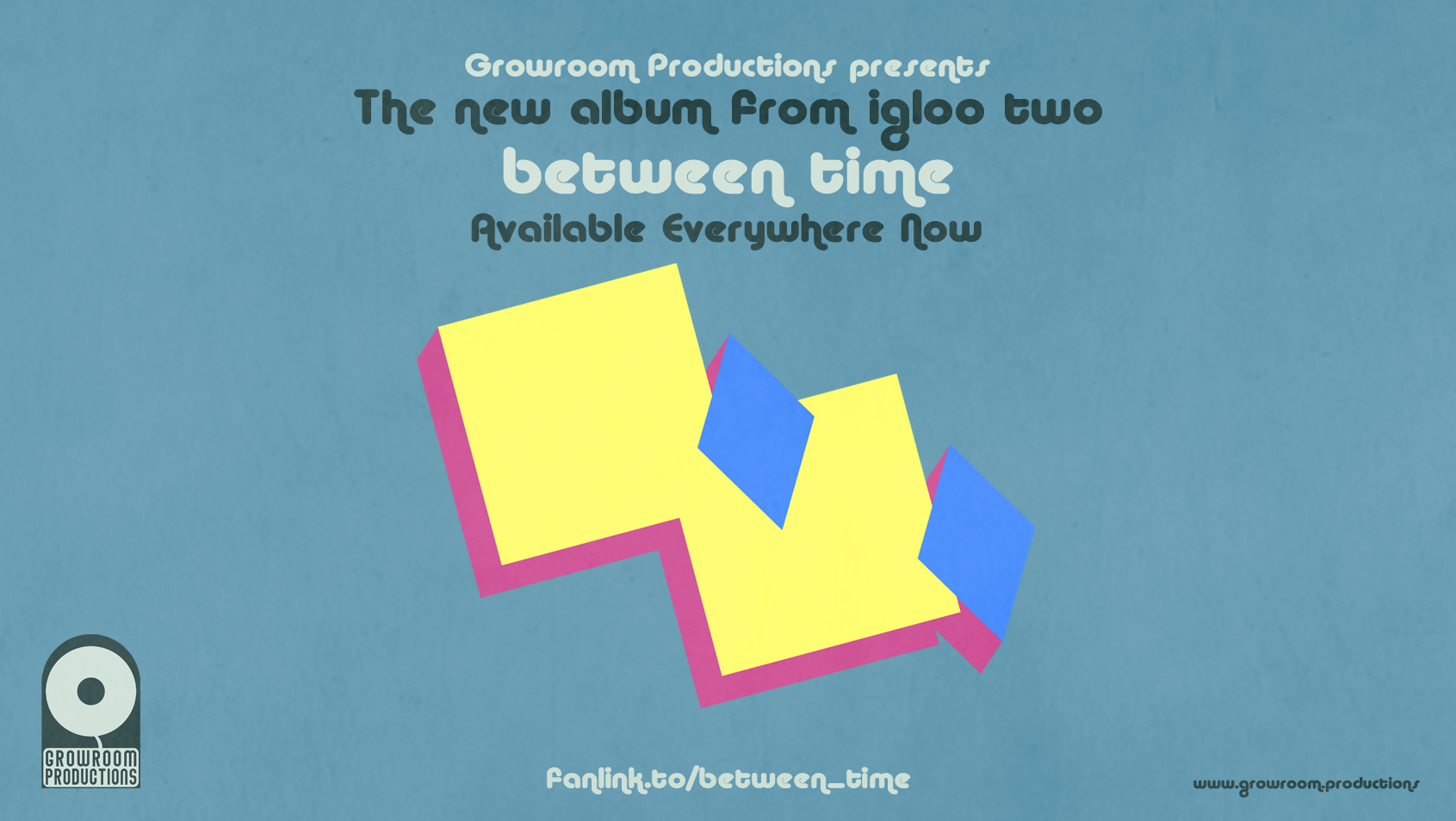 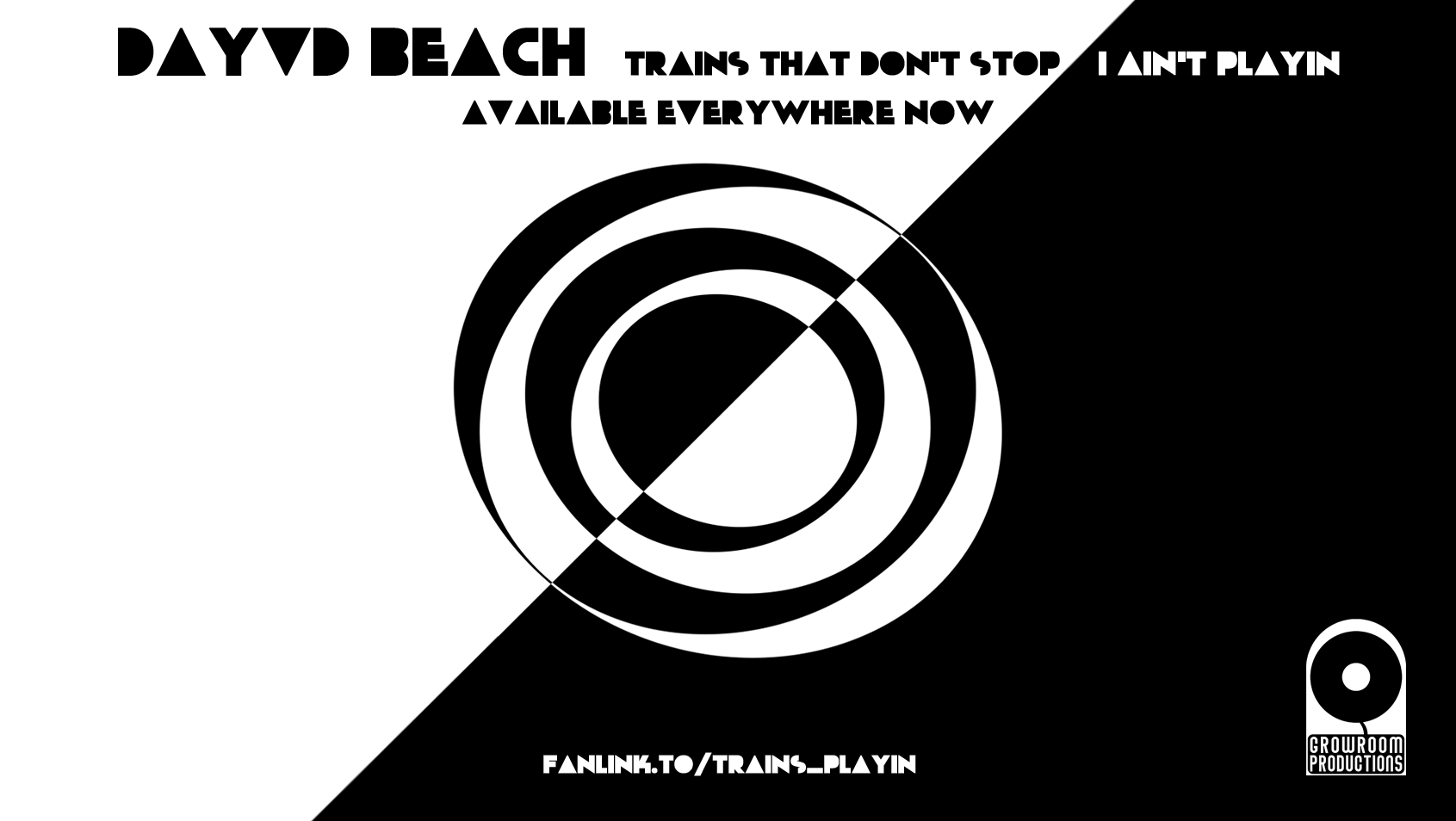 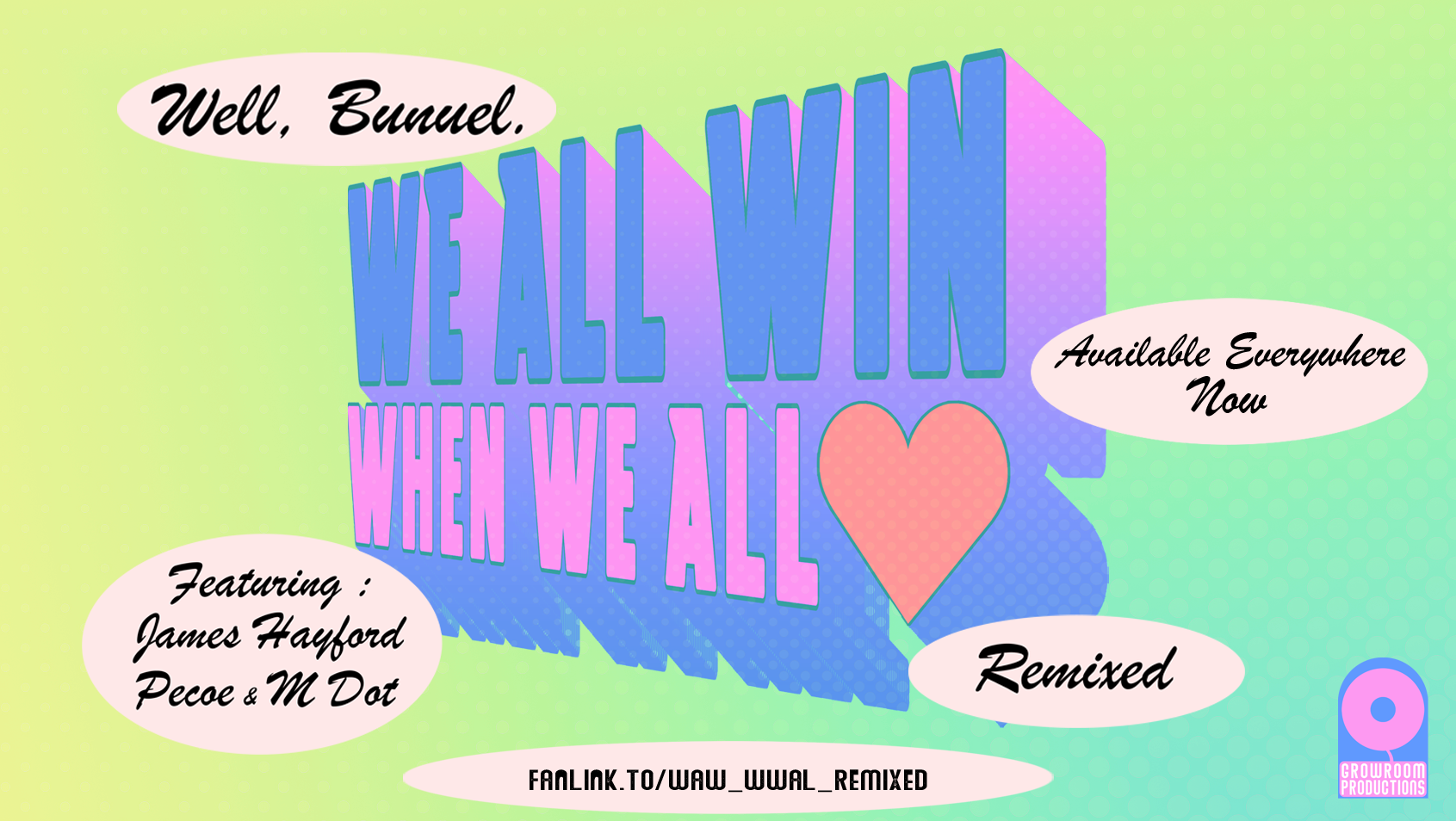 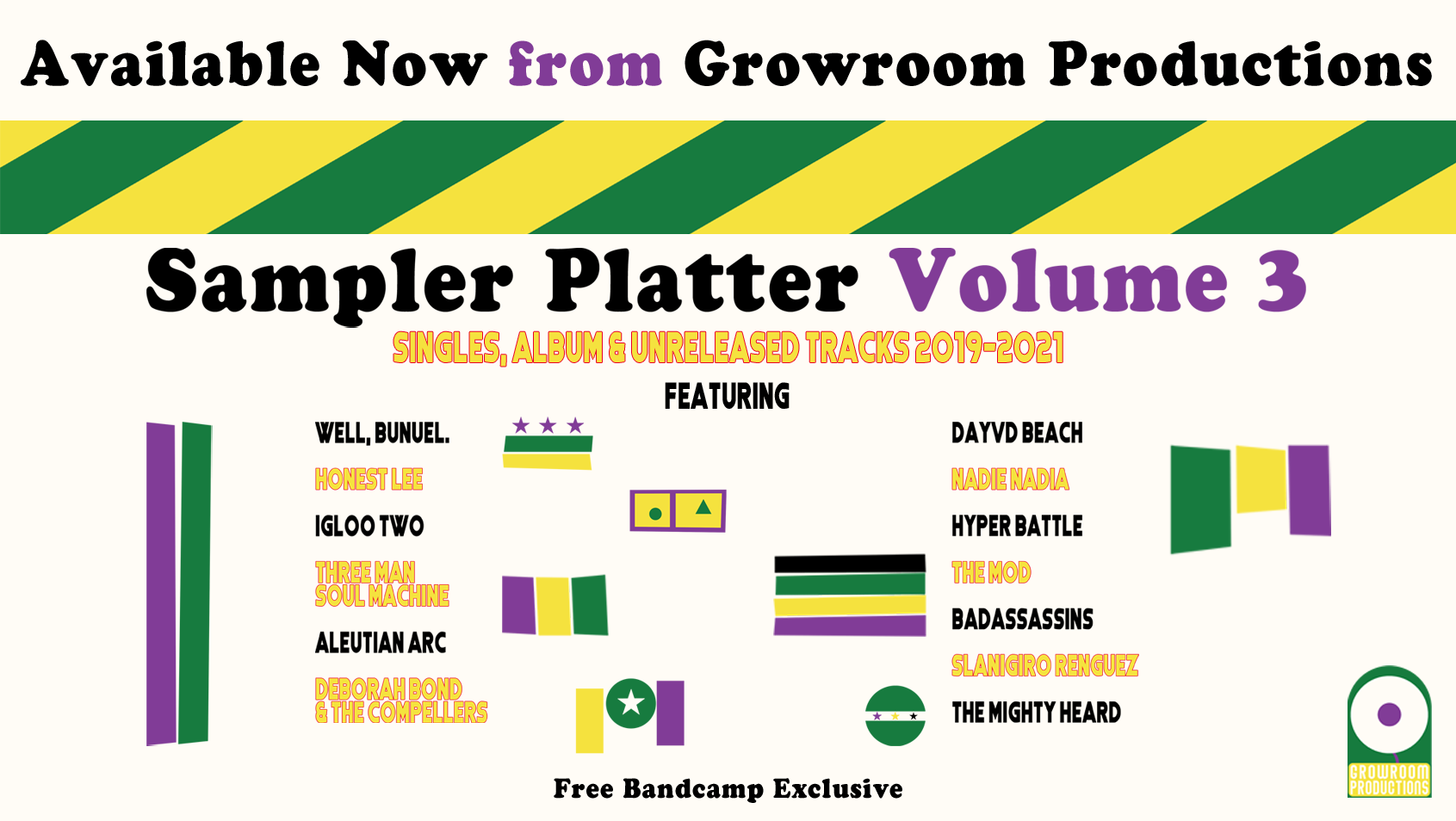 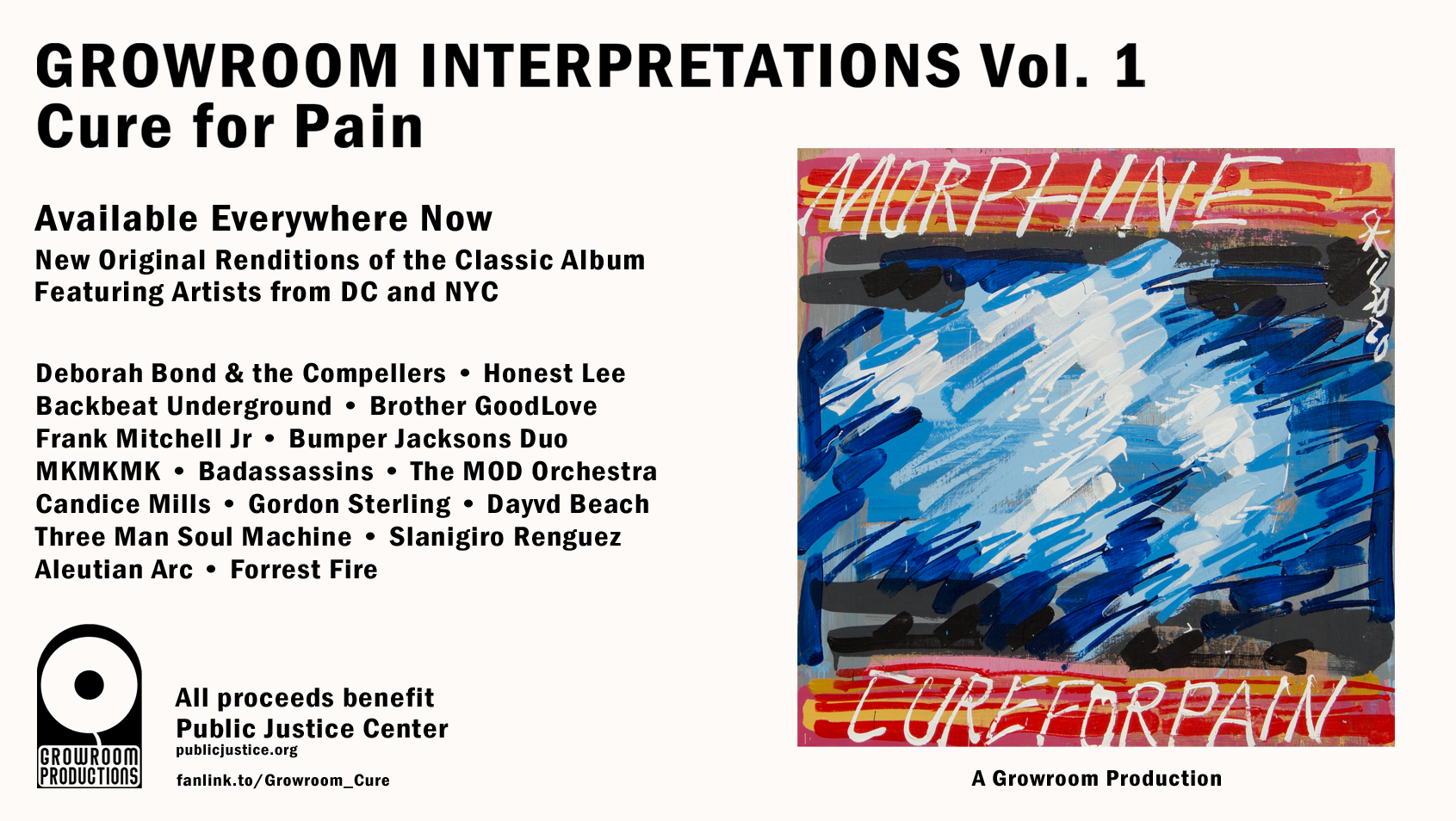 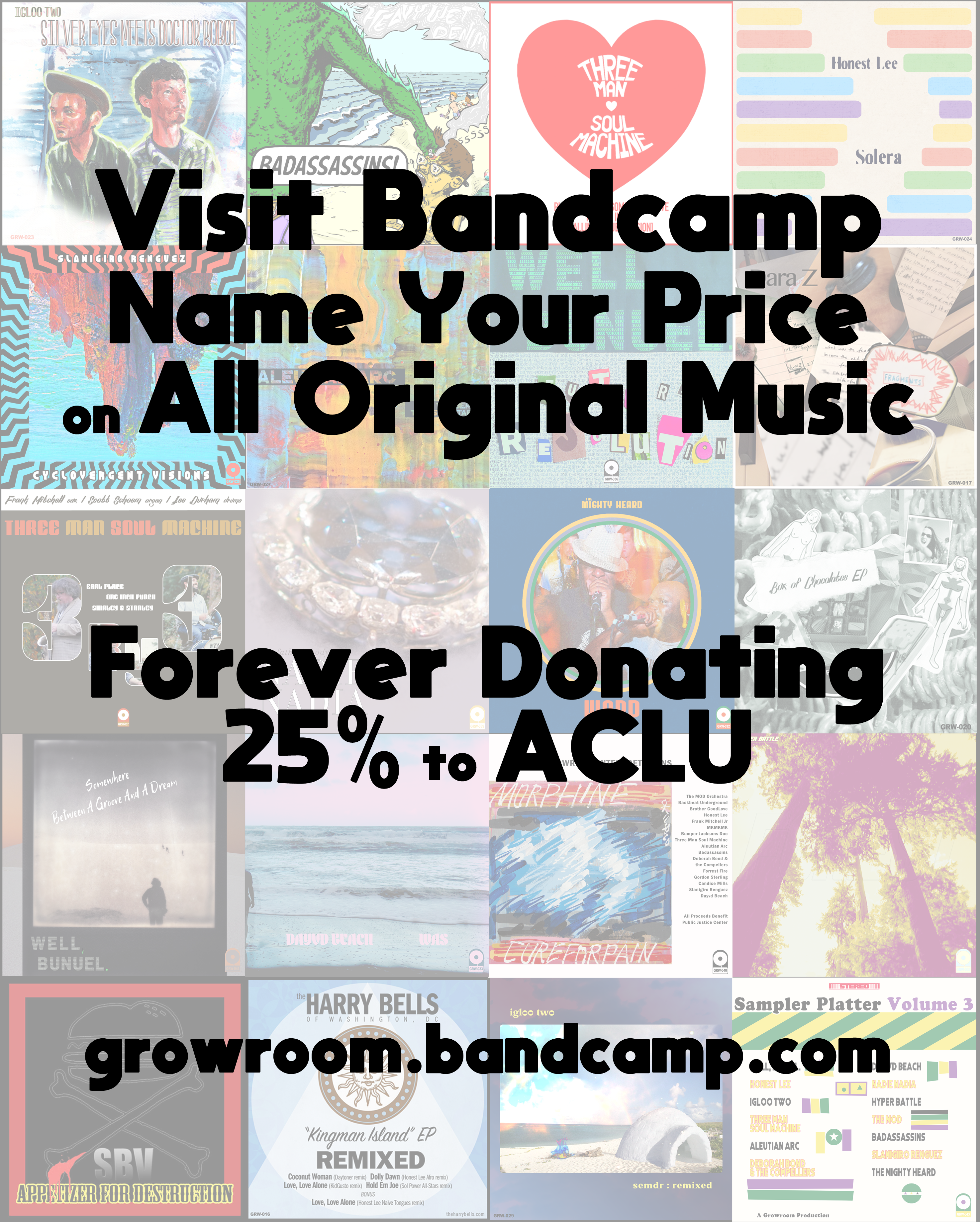 Forever Donating 25% of all Bandcamp Purchases to ACLU Nationwide 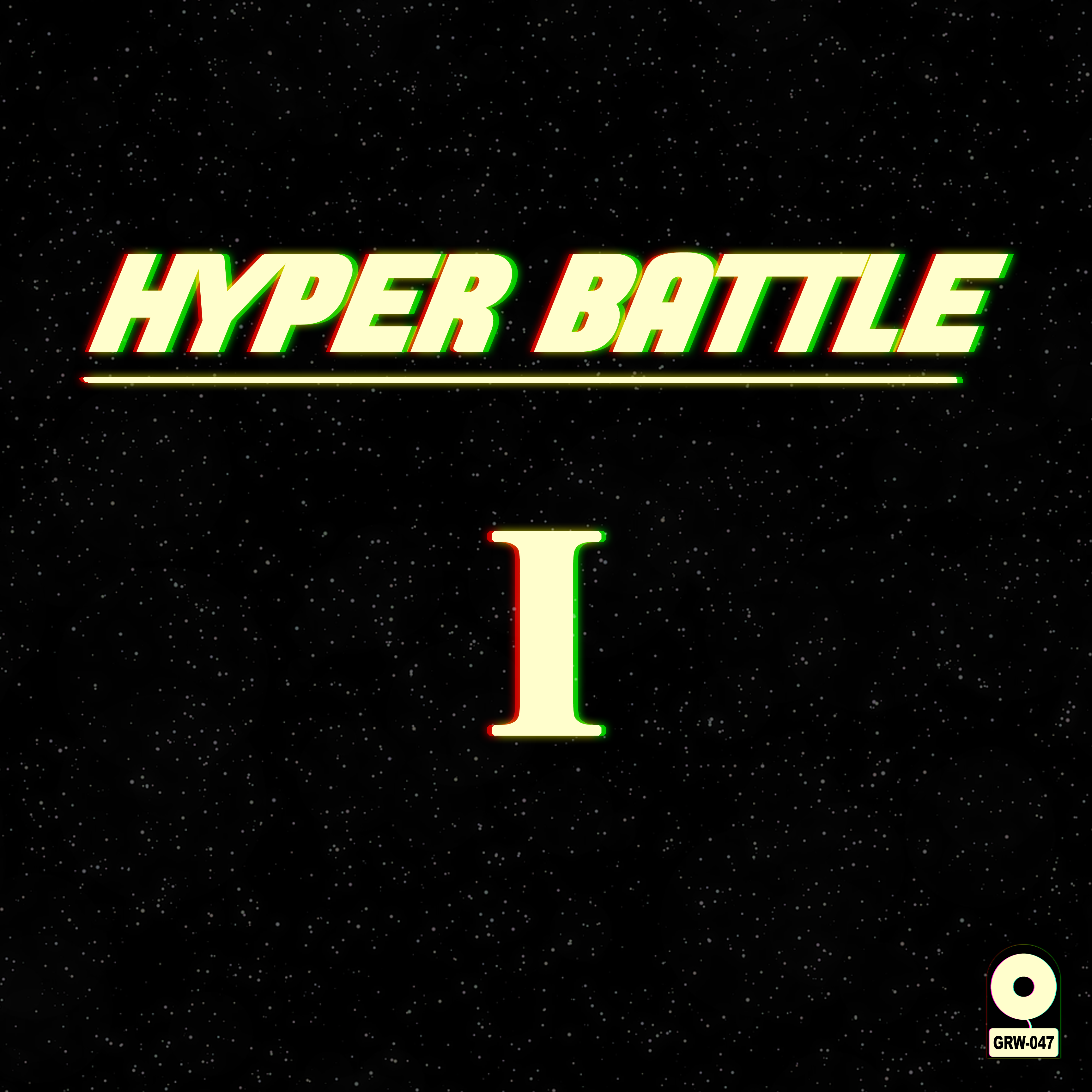 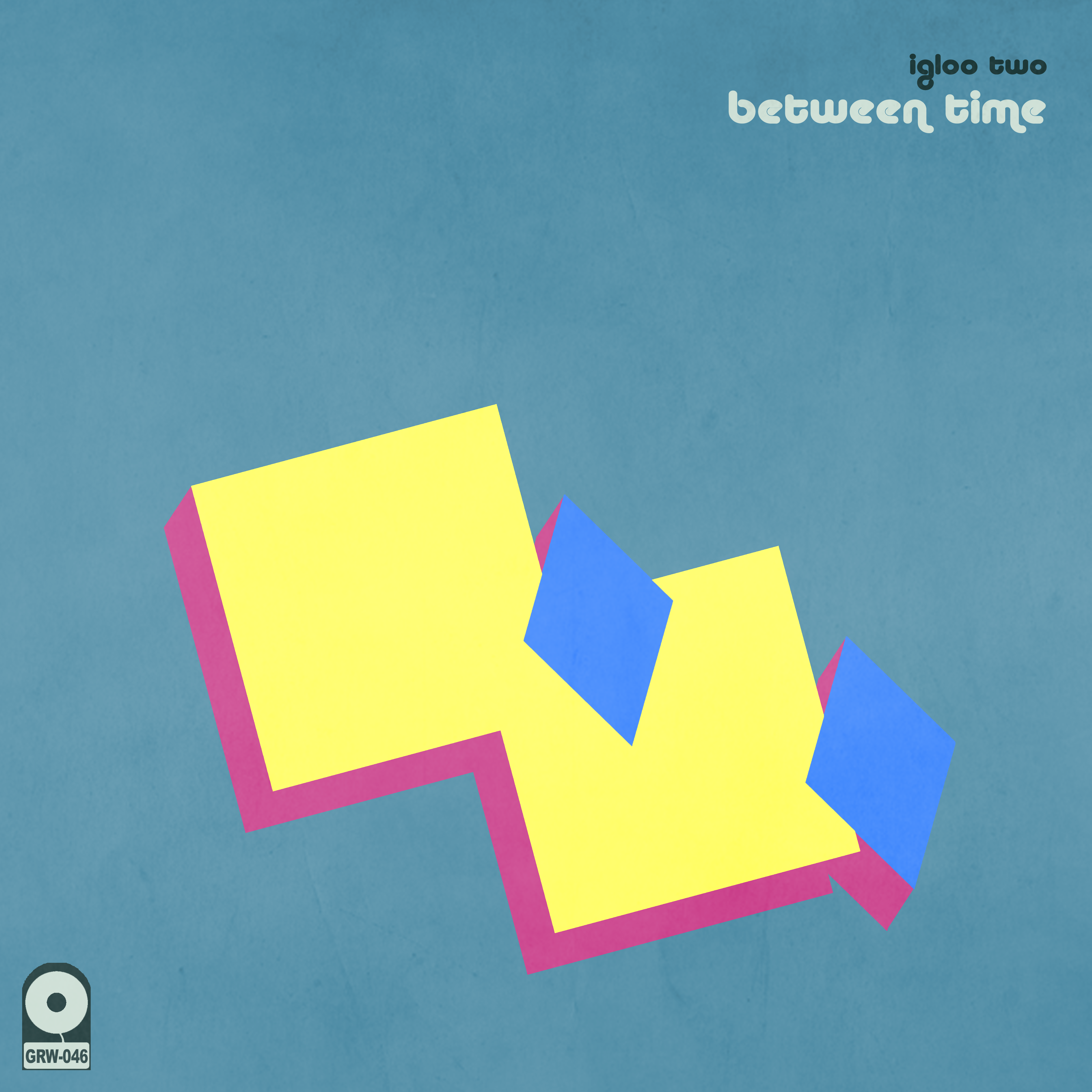 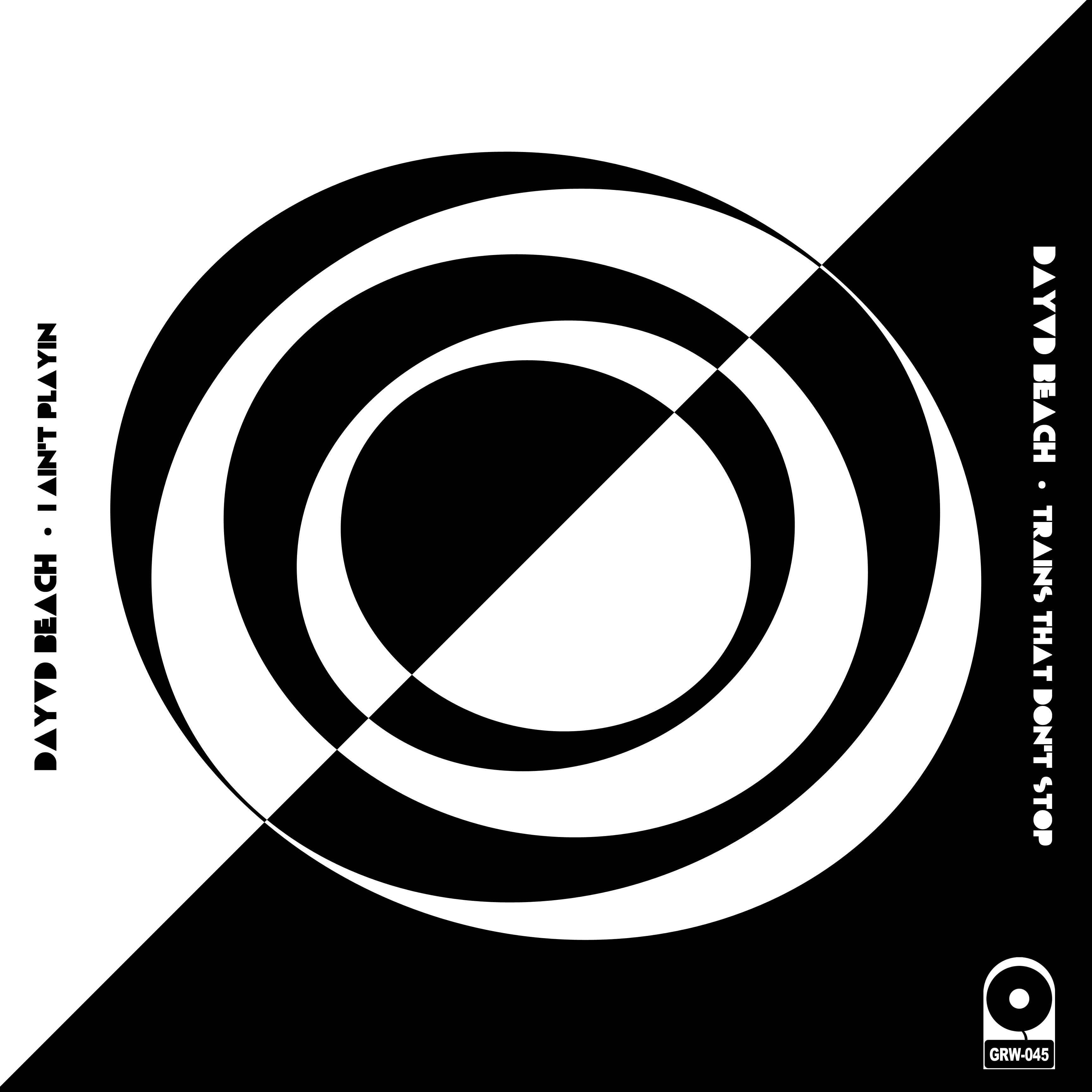 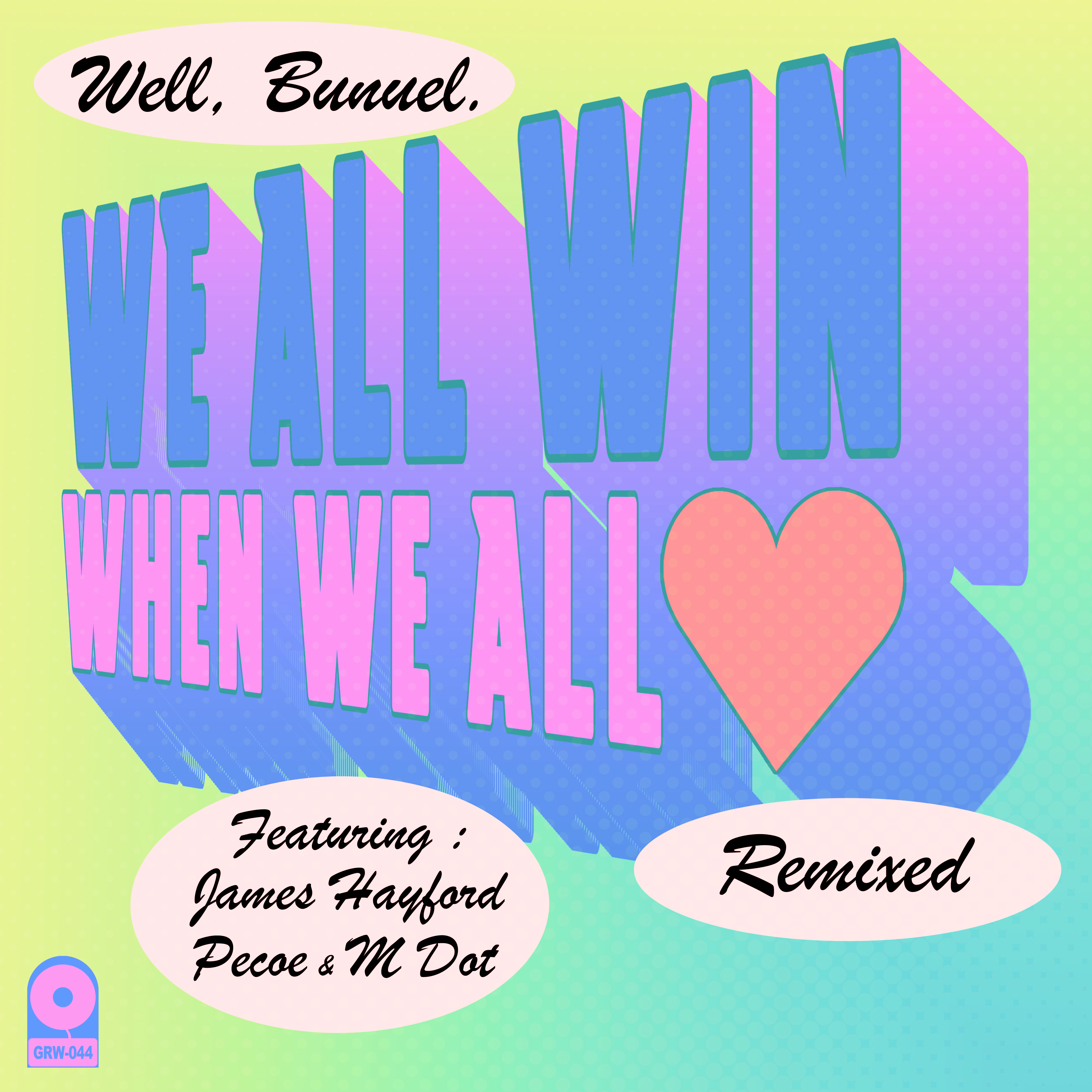 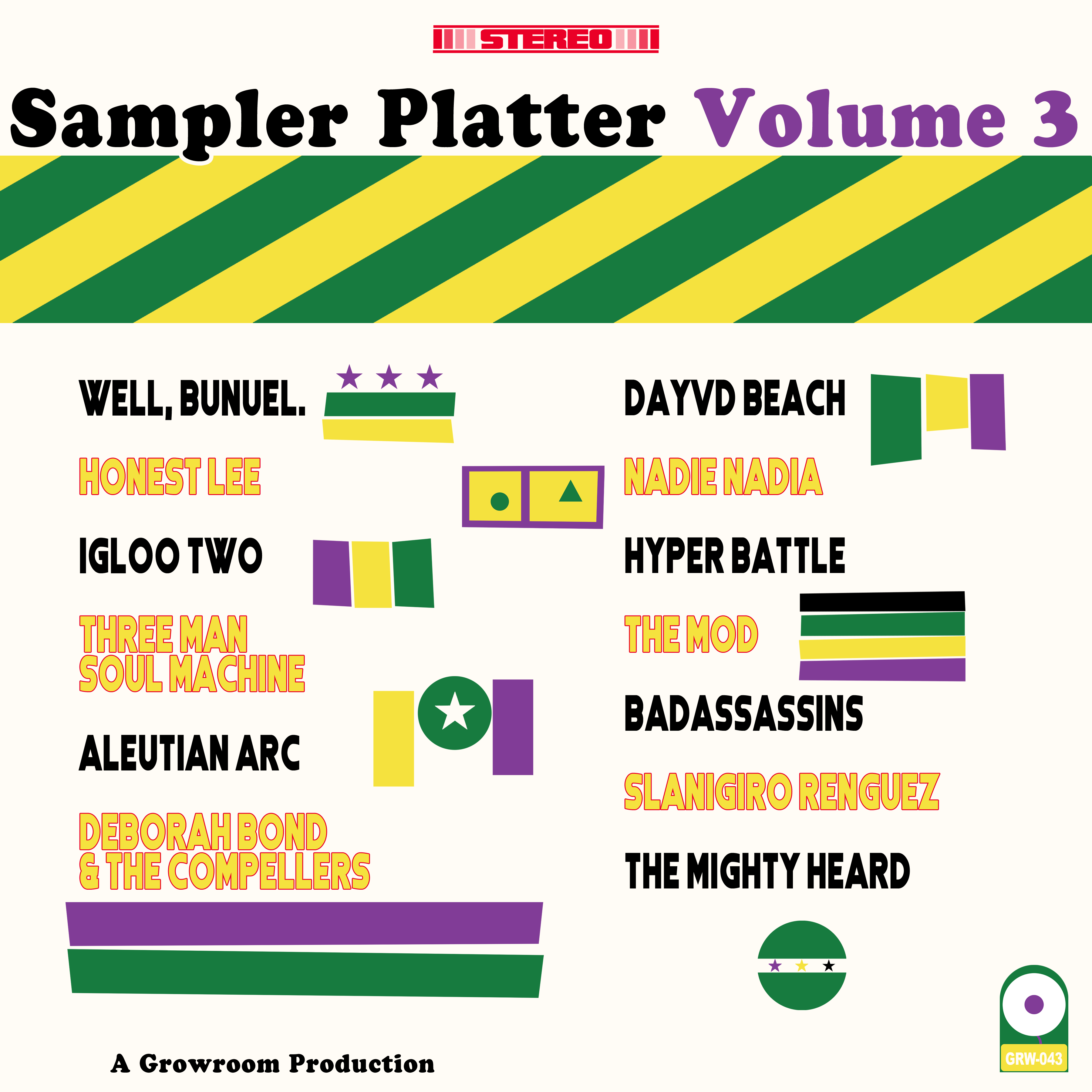 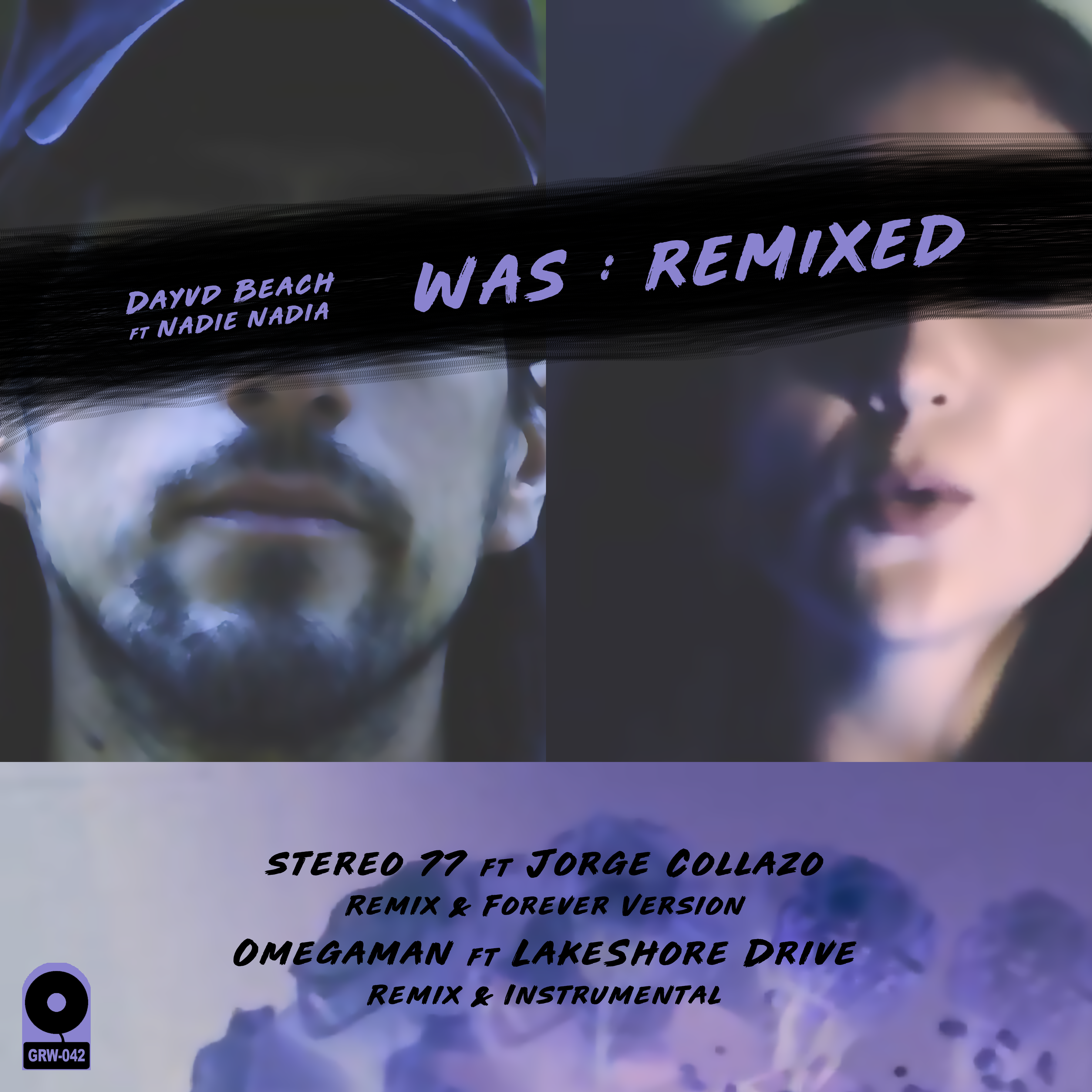 VIDEOS
SPOTIFY PLAYLISTS
Every month our diverse stable of artists creates playlists based on their influences and what's in their ears these days. These playlists will be updated at the beginning of each month so follow them for the latest directly from the artists. Hand picked tunes from Slanigiro Renguez, Three Man Soul Machine, igloo two, Dayvd Beach, Dara Z, Honest Lee, Aleutian Arc, Badassassins, Forrest Fire, The MOD Orchestra, Well, Bunuel and Hyper Battle. And don't forget about the ARCHIVE : ALL ARTISTS ALL PICKS playlist. That's right, the ultimate eclectic playlist with every song picked by our artists since the inception of the monthly series.

ABOUT US
Growroom Productions has been active in the DC/MD/VA area since 2004, bringing music, food, art and entertainment across genres to good people looking for good fun. Founded by members of The Mighty Heard and their friends during a summer of weekly BBQs, the idea evolved into a production company focused on music events and flourished for the next few years. The Growroom Getdown was a staple event, bringing local music, visual and performance artists and food together for legendary parties in College Park, MD, raising money for musical ventures and charity organizations. Growroom released its first musical album in 2009, a live EP of The Mighty Heard's fantastic set from that year's Spaghetti Fest. The releases rolled on from there but the members one by one took less integral roles until Lee Durham, aka Honest Lee, was the single guiding force, which is how it remains today. 2015 saw the first release from igloo two, and then six releases in 2016, along with the return of the Growroom Getdown, solidified the resurgence of Growroom Productions. A steady stream of music and events have followed, including a foray into documentary filmmaking in conjunction with DC Music Docs and a significant placement for Honest Lee's tune 'Island Joint' in the YouTube, and now Netflix, show 'Cobra Kai.' The long awaited collaborative album, ‘Growroom Interpretations Vol. 1 : Cure for Pain’ arrived in September of 2021, a full cover of the seminal album from Boston “low-rock” band, Morphine, which features a handful of DC's most prestigious acts, luminaries from the Growroom Galaxy, and one of NYC's most eccentric bandleaders. All proceeds from the sales of that album are going to Public Justice Center, continuing Growroom Productions’ commitment to charitable contributions. That album capped off another stellar year of releases including the first Growroom artist from outside the DC area, Well, Bunel. who hails from south Michigan. Much more is planned for the future and we hope everyone finds their place in the Growroom.
CONTACT
Questions about how to book any of our acts? Need sound for an event? Book time in the Growroom Studio? Would you like to chat about anything else? Drop us a line! grapevine@growroom.org For Sync and Licensing Contact  lee@growroom.org
Contact
SUBSCRIBE
Keep up to date on all Growroom info, special offers and exclusive content by adding your name to the email list.
Growroom Productions